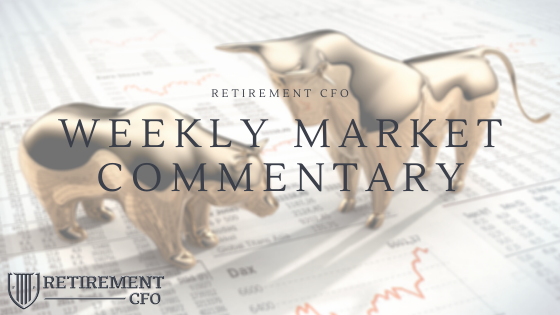 September has been the worst performing month over the past 10 and 20 years. Looking at the prior year, the S&P 500 pulled back over 9% from September 2nd to September 23rd. This past month’s market performance was no different as all of the U.S. major market indexes finished lower.

Increasing bond yields caused many highly-valued, rate-sensitive Nasdaq Composite equities to pullback. In addition, Washington’s debt ceiling debate, increasing issues regarding the passage of new fiscal stimulus, along with concerns about increased COVID-19 Delta variant cases and its effects on corporate earnings all played a role in traders selling equities this month.

Energy Propels Through a Trying Month

Energy stocks, which finished lower in both July and August, attracted market participant attention this month as worries mount over lower than expected worldwide supply. Concerns abound over China not having enough coal and natural gas despite the nation’s attempt over the past year to stockpile energy as rivals in North America and Europe compete for a finite supply of energy. In addition, energy supply concerns in China have some investors worried about future China industrial production, which also caused equity market worldwide to lose some support.

Natural gas had an excellent July as well as August, gaining over 7% and 10% respectively. In September, Natural Gas’ price increased almost 22%. Spot prices reflect an increase in natural gas demand due to warmer than normal weather across the country. In addition, as mentioned above, China’s energy concerned helped not only the oil market, but it also helped the price of Natural Gas increase in September.

The Producer Price Index (PPI) increased 0.7% on a month-to-month basis after two straight 1% monthly increases in August. PPI increased over 8% year-over-year in August, which, According to the Labor Department, was the fastest annual pace since the federal government began calculating PPI.

August producer prices excluding food, energy, and trade services increased 0.3% month over month, which represents the smallest gain since last November. In addition August’s PPI increased over 6% on an unadjusted basis over the past year for the second straight month. This was the highest level since the reporting incepted in August 2014.

LPL Research continues to believe these inflationary pressures will prove mostly transitory. Looking at August’s CPI a resurgent Delta variant played a part in dampening overall inflation. Future reports will help clarify the magnitude of its effect, however expectations were already lowered to account for this dynamic and the data still missed.

U.S. consumer:  The Conference Board’s Consumer Confidence Index declined in August to the lowest level since February as rising concerns about the spreading COVID-19 Delta variant along with concerns about higher inflation (especially rising gas and food prices) weighed on consumers. In addition, the September University of Michigan consumer sentiment survey rose slightly this month from August even though Americans are still concerned about their economic prospects along with rising prices across many consumer markets.

Retail sales:  After suffering a larger decline in July vs. what economists expected, August retail sales were much stronger than expected. Online store sales increased over 5% while the furniture and home furnishings, as well as general merchandise categories, increased over 3% during August.

U.S. home sales: Home sales declined in August. Home resales, which account for the majority of home sales in the country, declined over 1% on a year-to-year basis. The median existing house price increased almost 15% from a year ago to over $356,000 in August. That is a drop from an almost 24% jump in May.

Small business sentiment: The National Federation of Independent Business (NFIB) Small Business Optimism Index increased slightly in August. Unfilled job openings remain an issue with small business sentiment. What could be concerning is that owners expecting an improved business climate over the next six months declined by eight points to a net negative 28%. This particular indicator has declined over the past two months to its lowest reading since January 2013.

Federal Reserve (Fed) news:  During September’s Federal Reserve’s (Fed) two-day Federal Open Market Committee (FOMC), no changes were made to current interest rate or bond purchasing policies. That being said, the Fed continues to prepare the market for a reduction (taper) of bond purchases which, in our view, will likely take place later this year.

LPL Research believes that supply chain bottlenecks, which we have seen affecting the economic landscape since the beginning of this year, along with the Delta variant, have played a vital role in how the Fed views inflation as well as GDP growth for the remainder of 2021.

The Fed reduced its GDP expectations in 2021 from 7% to 5.9%. In addition, the Fed expects much higher inflation with personal consumption expenditure (PCE) headline and core metrics at 4.2% and 3.7%, which is up from June’s 3.4% and 3.0%, respectively. However, the Committee sees inflation falling slightly in 2022 and raised its economic growth forecast for that year as well.

U.S. employment: The U.S. unemployment rate has declined substantially from last year’s peak, but at under 6%, it is still well off full employment levels. Even as the economy reopens and demand for labor improves, labor market supply needs to improve in order for the economy to reach full employment.

The economic recovery has continued at a steady pace even as the battle against COVID-19 and its variants continues. Strong earnings have been an important driver of this year’s strong stock market performance and second quarter earnings season was exemplary. The ability for companies to successfully absorb higher input costs and pass them onto their consumers will play an important role in future earnings results and thus the equity markets as supply chain challenges remain. With third quarter earnings season to begin in the next couple weeks, we will get an indication of how well corporate America is handing supply-chain disruptions, which should provide an indication of where inflation is headed.

We continue to believe that inflation is mostly transitory and will stabilize once the economy completes its reopening, when supply chains are fully operational, and labor shortages ease. The mitigation of the Delta variant is going to be important given the present tightness of the labor market. Key questions that market participants want answered are how long the “transitory” period will last and what impact that may have on Fed policy, interest rates, economic growth, corporate profits, and stock valuations.

This material is for general information only and is not intended to provide specific advice or recommendations for any individual. There is no assurance that the views or strategies discussed are suitable for all investors or will yield positive outcomes. Investing involves risks including possible loss of principal. Any economic forecasts set forth may not develop as predicted and are subject to change.

References to markets, asset classes, and sectors are generally regarding the corresponding market index. Indexes are unmanaged statistical composites and cannot be invested into directly. Index performance is not indicative of the performance of any investment and do not reflect fees, expenses, or sales charges. All performance referenced is historical and is no guarantee of future results. All market and index data comes from FactSet and MarketWatch.

Any company names noted herein are for educational purposes only and not an indication of trading intent or a solicitation of their products or services. LPL Financial doesn’t provide research on individual equities. All information is believed to be from reliable sources; however, LPL Financial makes no representation as to its completeness or accuracy.

For a list of descriptions of the indexes referenced in this publication, please visit our website at lplresearch.com/definitions.

This Research material was prepared by LPL Financial LLC.